Lisbon becomes the permanent base of the Volvo Ocean Race

The installation of the Volvo Ocean Race shipyard in Lisbon will mean that before the competition starts all competing boats will come to Lisbon to undergo improvements and tests. Lisbon will become the competition’s training ground, with all teams installed in the capital. 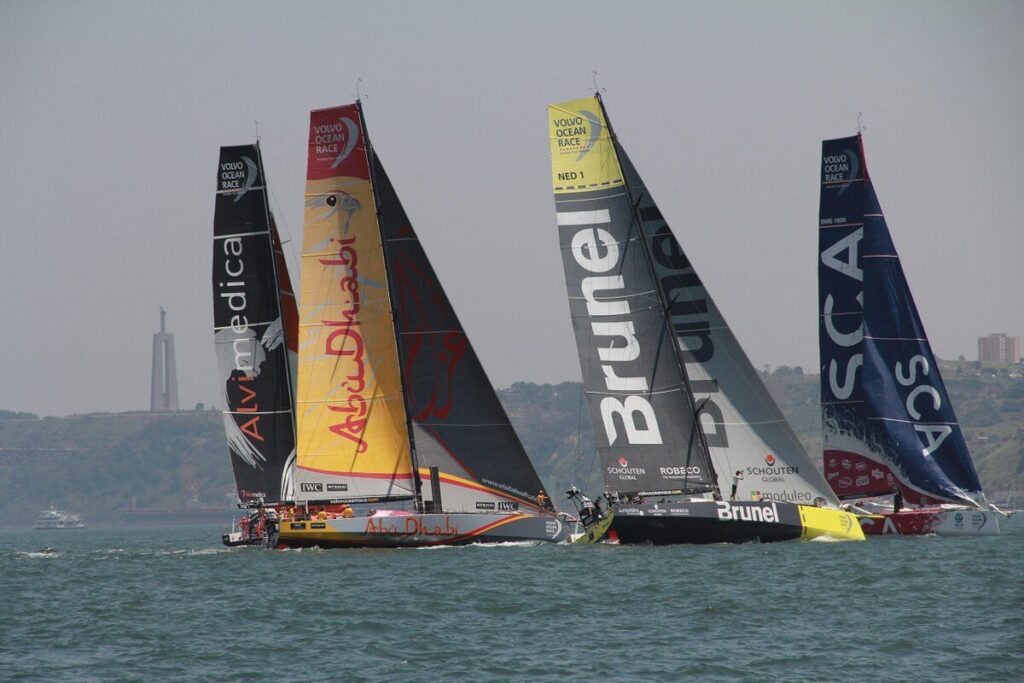 A sea of good news for the Volvo Ocean Race

The shipyard of the largest ocean sailing event in the world, the Volvo Ocean Race, will start operating in Lisbon, at Doca de Pedrouços, in June.

The news was announced today by the mayor of Lisbon, Fernando Medina, in a presentation at the Paços do Concelho. The mayor said that this evolution could qualify the city for another step: to become the general headquarters of the regatta from 2020. “It’s a tiny thing that remains to be resolved”, he joked.

The installation of the Volvo Ocean Race boatyard in Lisbon will mean that before the competition starts all competing boats will come to Lisbon to undergo improvements and tests, until the race starts (probably in October 2017).

Lisbon will win with these news

Lisbon will also become the competition’s training ground, with all teams based in the capital. The head of Volvo OceanRace’s Lisbon organization said that with the race’s shipyard in Lisbon for more than a year, a significant increase in the financial impact on the life of the city is expected.

In the 2014-2015 edition, the VOR stopover in the Portuguese capital was two weeks. During this period, it had an impact of around 25 million euros.

The new directions of the Volvo Ocean Race

Lisbon’s position on the regatta route will change. In the previous ones, it was at the end of the trip around the world. That is, on the fleet’s return to Europe from the USA. Remember that the race starts in Alicante, Spain, then goes around the world, from west to east, ending in Gothenburg, Sweden.

In the 2017-2018 edition, the Portuguese capital will be placed at the beginning of the regatta. There will be a stage zero from Lisbon to Alicante. Here will be the official start for the first stage, Alicante-Lisbon. And then the fleet will go to Cape Town (South Africa).

These are the already defined stopping points. It is expected that between Cape Town and Hong Kong there will be a stop in the United Arab Emirates (Abu Dhabi). And also one in Brazil, between the New Zealand stop and the USA stop.

If you want help setting the course for an onboard event in Lisbon, please contact us.