With 50 meters high, the Discoveries Monument has the shape of a caravel. 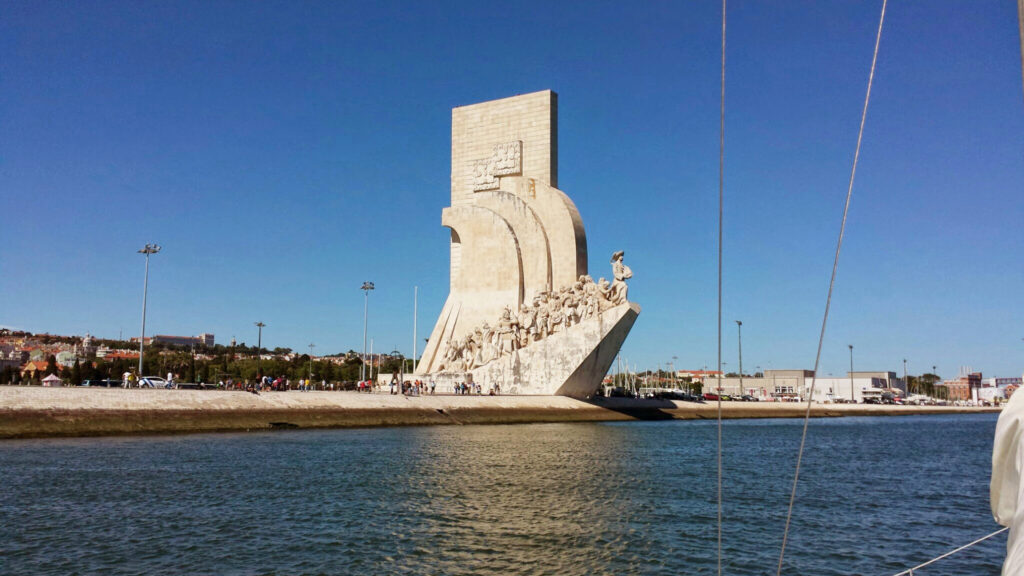 With 50 meters high, the Discoveries Monument has the shape of a ship, comprising two ramps that ends on the prow with the statue of the initiator of the Discoveries Age – Henry, the Navigator. Also Fernão de Magalhães, Luís de Camões, Pedro Álvares Cabral and Vasco da Gama are some of the 32 figures sculpted in stone and that can be found on the monument. These represents an historical summary of personalities linked directly or indirectly to the Age of the Discoveries.

When it was designed, the Discoveries Monuments was considered of high relevance and artistical expression, therefore no detail was forgotten. Looking from the pavement in front of the entrance to this monument, it is possible to identify a sword. The sword that conquered the portuguese world! The pavement in front of the entrance has an enormous wind rose and a map with the routes of the discovery voyages inscribed in multicoloured marble. Framing this representation, of epic proportions, is one of the many beautiful examples of Portuguese pavement, with its undulating patterns, in black and white limestone.

The Portuguese have always been proud of their history and in particular of the age of the Discoveries. The estuary of the Tagus River was the starting point of great navigator’s fleets which left to discover new worlds in the 15th century.

The original Discoveries Monument was erected in 1940 for the Portuguese World Exhibition. It was designed by the architec and film-maker Continelli Telmo. It was built on perishable materials and dismantled three years later, in 1943.

The current monument is a replica, already built in stone and concrete with the statues sculpted in limestone. Inaugurated on August 9 of 1960 as part of the commemorations of the 500 years of the death of Prince Henry. The Discoveries Monument is one of the highlights of Lisbon.

Come and discover this and other treasures… from an angle never seen before.