It crosses the narrowest part of the Tagus estuary

The Bottleneck of the Tagus is the name given to the narrowest part of the river estuary and where the 25 de Abril Bridge is located. 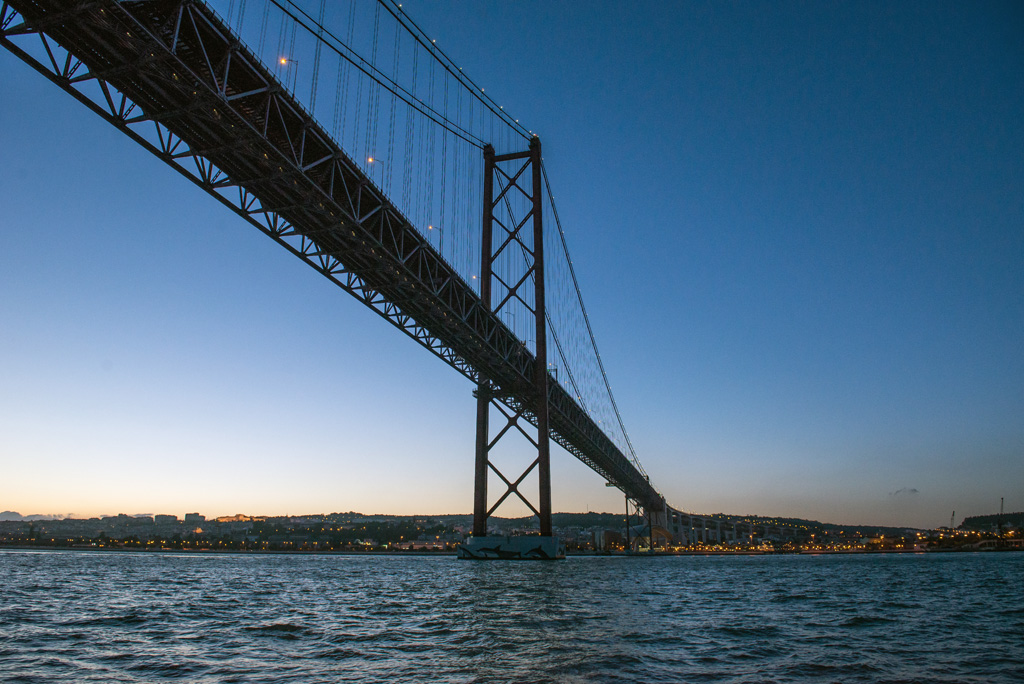 A bridge with multiple records

This bridge is essential in the communication of the two banks, connecting the cities of Lisbon and Almada.

Sometimes named as the “Portuguese Golden Gate Bridge” because of its similarities with the suspension bridge of San Francisco (USA). In fact, after more than 50 years of ideas and projects, the construction of this bridge was attributed to the same North American company. Originally known as Ponte Salazar, this engineering work would go down in the city’s history for several reasons. Having cost less than anticipated and being executed in record time were two of them.

And with lots of stories to tell

It was originally known as Ponte Salazar in honor of the President of the Council of Ministers of the time (even though its legal name has remained Tagus Bridge). Soon after the revolution of April 1974, its name was changed to 25 April Bridge.

Initially built for the exclusive circulation of cars, in 1999 it also started to allow rail traffic.

Pedestrian crossing is not allowed, the 25 de Abril Bridge fills up every year with thousands of sportspeople from all over the world. The Lisbon half marathon, which takes place in March, is already a landmark in the city’s sport. This was also a unique opportunity to step on the bridge deck.

When you pass underneath this magnificent suspension bridge you can hear the noise of the cars and trains that circulate on the bridge deck, 70 meters above the river. It is absolutely impressive.

On the 27th of September 2017, it was inaugurated the Pilar 7 Experience. Without any doubt, the second best view of Lisbon. Come and find the first one with us!

Come and discover this and other treasures… from an angle never seen before.